The Rat Pack is Back 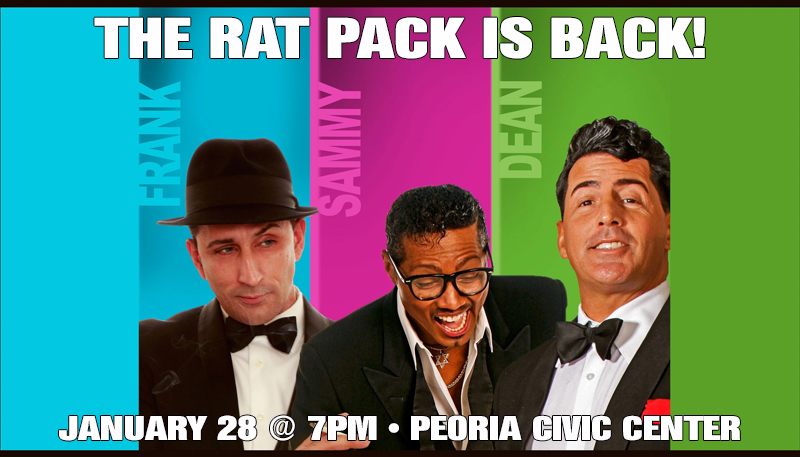 The Rat Pack is Back! comes to the SMG-managed Peoria Civic Center Theater for one night only on Sunday, January 28th 2018 at 7:00pm! This Dick Feeney produced Tribute to Frank Sinatra, Sammy Davis Jr., and Dean Martin is one you don’t want to miss! Tickets start at just $32 and go on sale Friday, October 20th at 10:00am at the Toyota Box office at the Peoria Civic Center, Ticketmaster.com and by phone at 1-800-745-3000.

Relive the days of the Rat Pack with Las Vegas’ most famous Entertainers and their live big band as they appeared live in the Sands Hotel Copa Room! The only Vegas based show with national touring companies and an award from the “Congress of the United States”. Now in its eighteenth smash year with over 6,000 performances in over 40 states, 4 foreign countries and over two million tickets sold.